Complex UV Layout in Maya
Over the last couple of years UV layout in Maya has changed for the better. In this course we're going to be taking a look at some of those changes as we UV map an entire character
Watch
# 1 18-02-2022 , 01:17 PM

The Cuphead Show! pays homage to the Golden Age of Animation

The slapstick animated comedy, based on the award-winning Cuphead video game, premieres today on Netflix. The video game drew its inspiration from the Golden Age of Animation with two wacky characters, brothers Cuphead and Mugman, who engage in a series of battles to settle their account with the d... 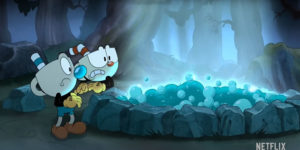 Full article can be found here

Quote
Reply to this thread

Modelling a combat knife in Maya 2020