Where do voices for animated characters come from?

Last week Marcia Wallace, the voice of Bart's fourth-grade schoolteacher Edna Krabappel on "The Simpsons", died which led to the retirement of her character. This follows a tradition on the longest running animated show in American history to remove characters when the actors voicing them dies, rather than replace the voice with another one.

Though the practice of retiring cartoon characters when a voice actor dies is rare, in most cases a new voice actor who sounds similar to the old one is cast, these "sound-alikes" are quickly drawn to auditions when a famous cartoon loses its voice. 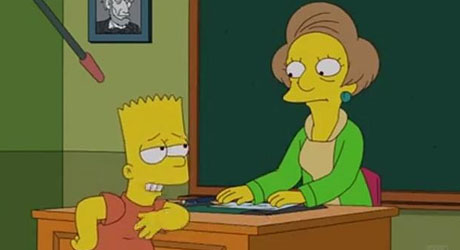 When the original voice for Donald Duck â€“ Charles "Ducky" Nash - retired in 1971, after accompanying the animated character since its birth in 1934 in over 120 shorts and films, he kept impersonating the duck on promotional tours and while taking walks around the neighborhood where he lived entertaining the local children he came across. Perhaps it's not so strange as a character would become part of who you are after living with it for such a long time.

Nash had made his career as a voice actor in the 1920's when the industry first sprung up around radio stations that required voices for dramatized radio plays and advertising jingles, and after starting at Disney he voiced not only Donald, but also his fiancee Daisy as well as nephews Huey, Dewey and Louie, as it was common practice â€“ and still is â€“ for voice actors to do multiple characters on one show.

In the early days animators would often do the voice for their characters, and Walt Disney is widely credited as the first voice-over artist for his portrayal of Mickey Mouse in the short "Steamboat Willie" from 1928. This film is often referred to as the first sound cartoon - sound had just started to be incorporated into film at the time - and although animators at Fleisher Studios had already been experimenting with sound for a few years, Disney was the first with developing soundtracks parallel to the development of the picture.

Fleischer Studios, who created cartoons such as Betty Boop and Popeye in the 1930's, approached sound by creating post-synchronized animation, with the animator anticipating the lip movements and drawing in the look before the soundtrack was recorded. 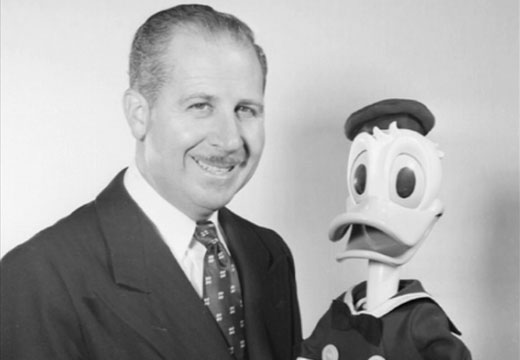 This often didn't work very well and led to a lot of improvising in early animation, as for example an actor would have to say a word of dialogue with a "B" sound and the animator had drawn an "O". Complaints about these post-sync issues led to a rethink which brought in the current method of lip-sync, where dialogue is recorded before the lip-sync is drawn.

A curious thing perhaps in animation is that whereas in most films the focus is on the stars, for a long time neither the animators or the voice artists were among the most recognized, rather the credit went to the studio itself or the producer. It has been suggested that keeping voice talent anonymous ensured that other studios could not target actors or hire them away, although it's more likely the reason was to prevent an actor from being associated with a specific part by the public, thus allowing the actor to request more money for his work.

The earliest case of this would be in the cartoon Popeye where Bill Costello performed the title role until success went to his head and the studio judged him too difficult to work with, which led to the animator and writer Jack Mercer being hired as the voice as well for the next five decades. He received no screen recognition whatsoever though until 1980, when the animated character made a cameo appearance in a Robert Altman version of Popeye.

A similar situation occurred with the pay crisis of "The Simpsons" in 1998, where the six regular cast members who do a variety of voices including the main characters, were being payed $30 000 each per episode. As revenues for the show was going up at the time the cast, who all had professional voice acting training prior to working on the show, requested a pay-raise, which caused a dispute with the broadcast channel FOX who threatened to replace them, but after gaining the support of the show's creator an agreement was eventually reached where they received $125 000 per episode instead.

Today this number has increased to $300 000 per episode, but keeping in mind this is possibly the most successful animated show ever it's a rare case, and although it might sound like a lot of fun and easy work to do voices for cartoon characters it's as difficult as regular acting and also as competitive.

Nancy Cartwright, who plays Bart Simpson, was originally auditioning for the role as Lisa but couldn't get a hook on her so she changed over to Bart and was hired on the spot. She also plays several other young children such as Nelson and Ralph.

This casting practice of getting women to do the voices for young males dates back to the 1930's, where actresses such as Mae Questel who played Betty Boop and Olive Oyl, the girlfriend of Popeye, would replace Jack Mercer as the voice of Popeye in some of the cartoons after he was called into the war service.

It is still done in animation today, usually in cases where an advertisement or show is set to run over a period of several years, as the voice of a male child would change during this time whereas the voice of the woman would stay the same. 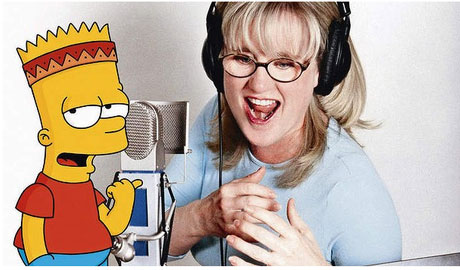 Some exceptions to this practice exist, for example with the characters in "Peanuts" films and TV-specials which used the voices of little boys. "South Park" has also been known for bringing in child actors with the kids from members of the production team of various ages, and most of the male characters are voiced by the creators of the series - Trey Parker and Matt Stone.

When voicing a child character the actor speaks within normal vocal range while adding childlike infliction, the recorded audio is then edited where the pitch is altered to make the voice sound more like that of a kid.

In 1999 "South Park" hit a crisis when Mary Kay Bergman, who was voicing most of the female characters up until then, committed suicide. As an amazing voice artist who'd worked on many Disney movies as well, the creators knew it would take several talented people to replace her, and as they were doing shows just two weeks ahead of time and had three shows lined up at the time, they simply wrote the next three episodes entirely without female characters. 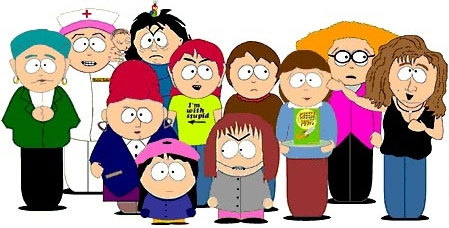 The tradition of the low profile associated with voice acting was partially broken in the 1960's when movie stars started to act in animated musicals, one of the earliest cases of this was Judy Garland in "Gay Purr-ee", a story written by famous animator Chuck Jones about a collection of cats in Paris in the same style as Disney's "Aristocats", which came seven years later. But it wasn't until the 1990's that celebrity voice acting really became a thing, this was the decade of the Disney renaissance which also saw the invention of computer animation as a medium for film.

The first film to market itself on the celebrity voice actor was Aladdin in 1992 with heavy emphasis on Robin Williams role as the hyperactive Genie, although the film contained many other seasoned actors.

Williams said in an interview that only animation allows you to do what you do as a standup comedian stating: "First I came in and did the script and asked do you mind if I try something? Then I just started going off and transforming and metamorphosing into everything I could think about and then it started to be really fun".

In total he created a staggering 52 characters for the film through Genie, which was the character that audiences responded to and therefore the most marketable for Disney. However, the marketing focus on his character happened against his will and the agreement in place which led to a bitter fall-out between Williams and Disney, resulting in him not appearing in the later Aladdin sequel or the TV-series. Though from here animated features started to be marketed on big-name celebrities, when Toy Story starring Tom Hanks and Tim Allen became a huge success as the first computer animated film in 1995 it set this as a norm for the new medium.

Following this a few years later a new creepy trend started taking place where the animated characters were made to resemble their celebrity voice actors. Perhaps the most striking example of this can be found in Dreamwork's "Shark Tale" from 2004 where Robert de Niro, Angelina Jolie and Will Smith all got their human-fish hybrid characters in the film.

So, as children are hardly going to be drawn into the cinema because of big names on the film posters â€“ what is the reason behind the celebrity domination in animated movies that's been happening over the last 20 years? 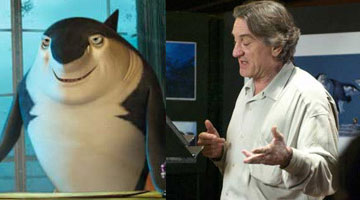 It could be that it's just a reflection of the times and the society we live in. As Walt Disney said though, his films were not necessarily intended for children but a more mature audience, and with movie stars replacing the professional voice actors, animation might gradually be moving towards establishing itself as the method of storytelling it actually is, rather than being forever perceived solely as a "genre of cartoon films for kids". With television animation clearly targeting a wider audience and ILM breaking new ground with "Rango" in 2011, there's no reason for why feature animation shouldn't diversify in the same way comics have done. After all it's not that different.

Page One Where do voices for animated characters come from?