Working in the Game Industry - An Interview with Mike McKinley

This week we talk to Mike McKinley, who's been in the game industry for the past eight years and on SimplyMaya even longer than that. Mike has worked as an Environment Artist on a number of different game productions and is currently a Content Creator at InfiniteZ in Seattle. He's written several books about using Maya for games and in this interview he talks about some of the projects he's worked on, as well as offers some advice for people interested in getting started in this field of CG.

What initially got you interested in 3D and how do you recall your first Maya experiences?

I figured out what I wanted to do pretty early, at around the age of 12. Before that I was all set to become a comic book illustrator, but when I watched Jurassic Park for the first time, it captured my imagination so much, I immediately switched gears in my mind to learn what I could about computer graphics.

In high school, I got my first computer and found the program Bryce 3D. I downloaded the demo (it took forever on my 56k modem) and was playing with that thing constantly.

Later I managed to get an American football scholarship to my state's university, but after touring the school and not being very impressed with their computer graphics program, I decided, purely on a whim, to move 3000 miles away to go to an art school in Arizona. At school, I was first introduced to Maya! The first Maya class I had was having us learn both polygonal and NURBS modeling, which for someone not familiar with either, was very challenging! But it worked out eventually.

You've used Maya for many years and know the software very well. How does Maya stand as an application today in comparison to others in your opinion?

I can only speak to using it for game development. So, I don't use a lot of Maya's more film-related aspects, like complex deformers, particles, fluids, hair and fur etc. I don't really know much more than the basics about all that stuff but for game development, it's still my preferred package. To be honest though, it's mostly a preference thing. 3D Studio Max really does do exactly what Maya does when it comes to developing games. I just know how to use Maya about 1000x better! I will say that in my opinion, Maya has superior UV editing tools and produces higher quality ambient occlusion maps.

How did you get started in the industry? What are the important things to think about for people who are trying to get a foot in the door today in your opinion?

My start in the game industry wasn't as easy as some other people. It took me over a year of applying to different studios all over the world before I finally got a break as a Junior Environment Artist at Fever Pitch Studios in Texas. I remember that I would save all of my application e-mails in its own folder and after a year's time, I found nearly 1000 e-mails had been deposited within it! A 1000 e-mails later though, I had my first job. So, I guess my advice for those trying to get a foot in the door is to KEEP trying, even if you get a hundred of rejection letters. Keep practicing and improving your portfolio and keep looking. 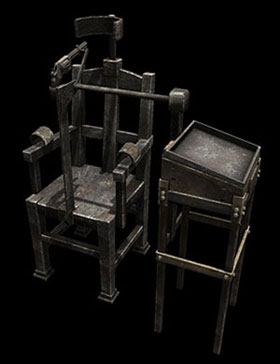 What are the most important skills to have if you want to work in the game industry?

For my particular job in the game industry, I would say the most important abilities are good communication, the ability to adapt to different artistic styles, the skills to create something from reference and concept art, and the patience and desire to work with a team.

You were involved in the SAW franchise. Can you tell us a bit more about that?

It was a challenging pair of projects. Especially the second one where we literally had eight months to create a sequel to the first SAW (which was in development for closer to 18 months)! Consequently, I found a lot of my work had to be relatively rushed, and didn't provide a lot of time for revisions, requiring us to nail it on essentially the first go. I was never a very big SAW fan, and still don't really like them, but I am proud of the art work in those games and feel that we were able to nail the feeling of dread, foreboding, and general uncomfortableness that the SAW films have in spades. *shiver* 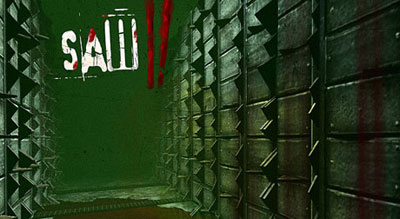 What's the most interesting project you've worked on throughout your career?

I've worked on all kinds of interesting projects, many of which have never seen store shelves unfortunately. For instance, my first job was for a Lord of the Rings game that was canceled. That was a fun project. Strangely enough, I've started to find more pleasure in individual assignments as opposed to a project as a whole these days. I found the Venus Flytrap Helmet in SAW and SAW II to be very interesting to work on. Currently I'm having a lot of fun making realistic military weapons and vehicles for an undisclosed project. The amount of photo reference available for such things is astounding and it is pushing me further then ever to create something that is very realistic compared to my previous work.

What goes into being an Environment Artist on large game productions? What are some of the main tasks and problems you might run into along the way when you're working in this field?

I don't really know! ;) I've only worked on small-medium game productions. Most of the time, the entire team I've worked with was not many more than 30 people. Sometimes less even. The art team for SAW II for instance was four environment artists, one particle effects artist, three animators and the Art Director. Not a huge art team by any means. And that was more than we had on SAW! Pretty insane, really. I'm not sure how we pulled off what we did come to think about it... But that's the beauty of game development. You've got to be able to think on your feet, work fast, smart, and keep a high standard for quality.

Can you tell us a bit about how the production pipeline for games would run?

This can vary from studio to studio but for me, the typical process is thus:

1) Receive assignment with concept art/reference photos/sketch. If it's a real-world object, like a realistic military gun, I would go online and look for supplemental photo reference to make sure I can get it as accurate as possible. If it's a more fantastical object, I'd study the concept and perhaps look for reference for certain aspects of the object in question - such as looking at metal references for creating a metallic alien ship and so on.

7) Export to the game and make sure it looks good. Fix any issues, and submit! 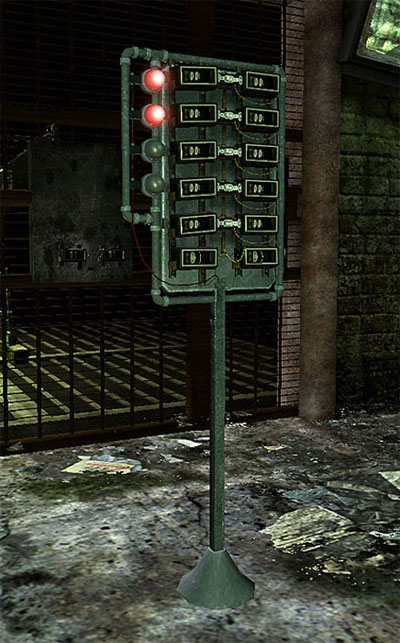 You've written several books on Maya for Game Artists. These must have been some pretty extensive projects. Please tell us a bit about the focus of your books and how they'd be helpful to other artists in this field.

The books are a bit of a love/hate relationship for me. I love that I have accomplished these three books in my relatively short career. But the process of actually writing them and doing all of the artwork involved AND having a full-time job AND a family.... it just wore me out creatively, mentally, and physically.

The focus of the books is to provide the reader with a "real world" approach to instruction. I cut out all the fluff and only focus on game art related tools, techniques, and projects. Fur, cloth, hair, (most) particle effects, NURBS... nah. Don't care about any of them. These books are for creating game art and if that's what you want to do, then that's what I do. The lessons I teach in the books would essentially be the same kind of things I would teach if I had my own classroom.

Do you have any mentors that helped you along the way in 3D or any specific individuals or companies that you admire for their work in moving the industry forward? 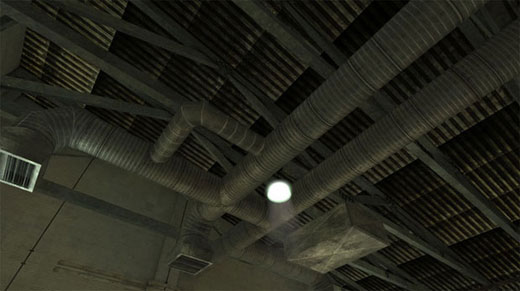 Everyone I've worked with has taught me something along the way. But in the beginning, the artists that worked with me at my first job did wonders at getting me up to speed. I truly didn't know the first thing about creating game art at that time and I learned quickly thanks to them!

I've been increasingly impressed with the work that Rockstar Games have been doing. I don't know what kind of studio environment they have but Red Dead Redemption has blown me away for the entire time I've played it, and LA Noir looks even more impressive!

What projects are you working on at the moment?

I'm afraid I can't really say specifically yet. It's a bit more "shooty" then the SAW games. ;) I feel like the work I'm doing now is my best yet and I can't wait to show it to people!

Final question. You've been an important person on our forum for many years so a lot of the members would probably love to know how you're enjoying life as a father? How does the 3D work combine with family life and are you finding time for both?

Being a father is beyond any feeling I've ever had. The moment he sees me, he gets this huge grin on his face and he laughs when I make funny faces at him or help him stand up (he thinks that's the greatest thing ever!). It's indescribable. It's hard, but so far has been more than worth any hardship.

As for my 3D work, I very very rarely do any work of my own these days. When I'm home, I'm 100% focused on my family and 100% NOT thinking about work. And what work I may find time for at home is typically a work-from-home situation for my full-time job or the occasional side contract. I do hope to eventually get back to making my own work, but right now, I'm just enjoying my job, enjoying my family, and am very thankful for what I've got! 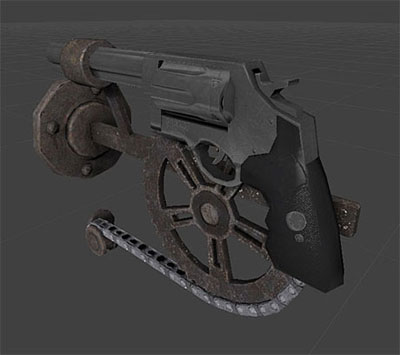 Thanks Mike for taking the time to talk to us here at SimplyMaya.

For those of you interested in learning more about working with games or chatting with Mike you can find his year by year blog "My career story so far" on the SimplyMaya forum, which goes more in-depth than this interview. You can also find additional work from Mike on his website.