Themes & Variations is a CG short film based on the contemporary artwork of Yayoi Kusama and Ai Weiwei. It's made by Ziye Liu as a thesis project for his MFA in Visual Effects at Savannah College of Art and Design (SCAD).

The aim of the film is to use VFX techniques to take contemporary art to a new level, by bringing motion to static pieces and doing things that would not be possible in the real world. It consists of four pieces; Polkadots, Untitled, Grapes and Narcissus Garden. These have been reworked into animated CG versions in Maya and Houdini through a lot of work modeling, lighting and rendering, as well as some particle and fluid simulation.

The first scene is based on the trademark Polkadots by Japanese artist Yayoi Kusama, which creates a complex pattern based on a simple theme. Here a 3D interior model is covered with a procedural texture, and the pattern is created by combining Renderman Shading Language with a technique called texture bombing. This is used to distribute large amounts of texture maps over a surface, and allows a high level of control in randomizing and customizing the animated texture through multiple layers. 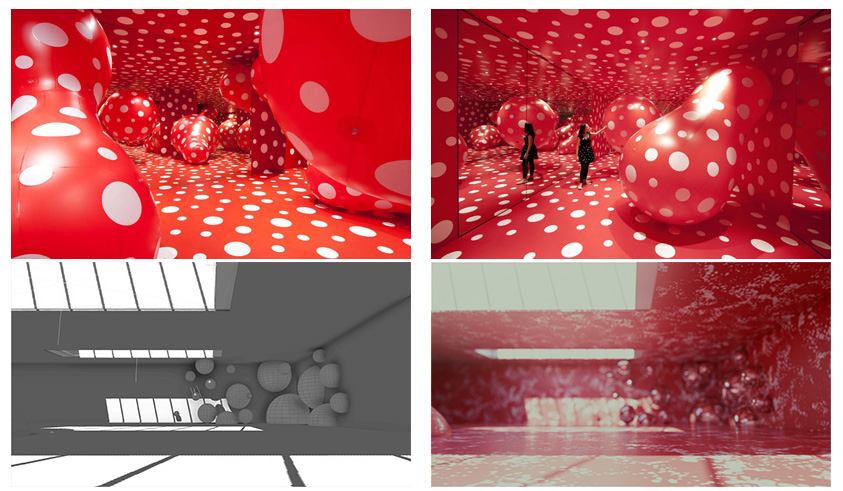 Untitled and Grapes are both wooden structures created by Ai Weiwei, using a traditional crafting technique called "joint- structure", which is used to produce this type of furniture in China.

To replicate Untitled a 3D polyhedron model was created based on the original geometrical shape, and then set up to morph out of nothing and grow into a more complex giant structure. This was achieved through a procedural modeling technique, where the 3D model is created and adjusted through mathematical expression, rather than manually pushing and pulling vertices. 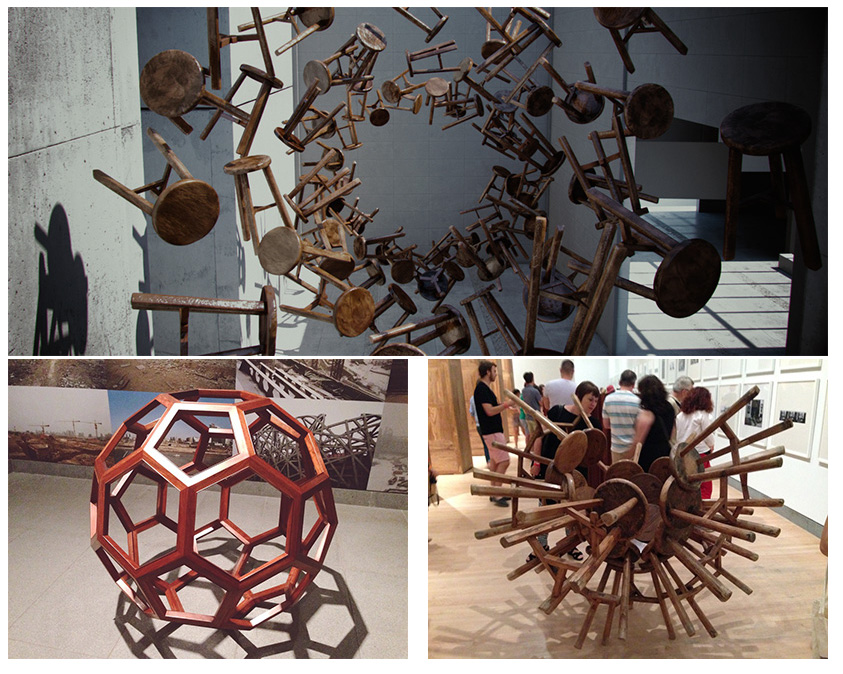 The CG version of Grapes used many more chairs which were made to expand to take the experience to a new level. After the chairs had been modeled in Maya, they were taken into Mudbox for UV layout and texturing, before being animated in Houdini. To support the idea that the artwork was evolving and transforming procedural animation was used, which is based on point information relating to the 3D model and keyframed using values and parameters. Using a combination of scale, rotate and transform, along with copying and stamping objects onto points, the models can be manipulated into an endless number of variations.

More info and breakdown videos about how this film was made can be found on Ziye Liu's blog here.