Introduction to Maya - Modeling Fundamentals Vol 1
This course will look at the fundamentals of modeling in Maya with an emphasis on creating good topology. We'll look at what makes a good model in Maya and why objects are modeled in the way they are.
Watch
# 1 28-06-2012 , 12:48 PM

I hilighted this problem my current WIP thread Here! and scene file is available for download excluding textures if anybody would like to test it - https://minus.com/lnyHO9XdS9k84

Ok, I use Arch linux as my main system with openbox and have Windows in a partition on the same drive so I can also use it if required, both with maya 2012 installed. The problem I seem to be having is that when rendering out in mentalray in linux it likes to use up all my memory and then doesn't dump at the end of the render, so after about 3 renders I am using up all my memory but initially renders very fast!

Arch linux it renders in about 4 min uses all avalible memory during render no matter what settings i state in the memory limits under mentalray globals, and after render it is still using 4.63GB.

In Windows 7 it renders in about 20 min uses around 5.2GB during render and thats with 4GB set in memory limits under mentalray globals, and after render it drops back down to 642MB.
(see screen shot)

So does anybody know why this differs so greatly and a way I can fix my linux install as I dont want to have to copy my scenes and textures ect... to windows every time I want to render out a scene as all the file paths change and is a massive pain in the arse. I Have done lots of searching and cant seem to find anything online about this and altering the BSP settings doesn't seem sort out the memory issue in linux! 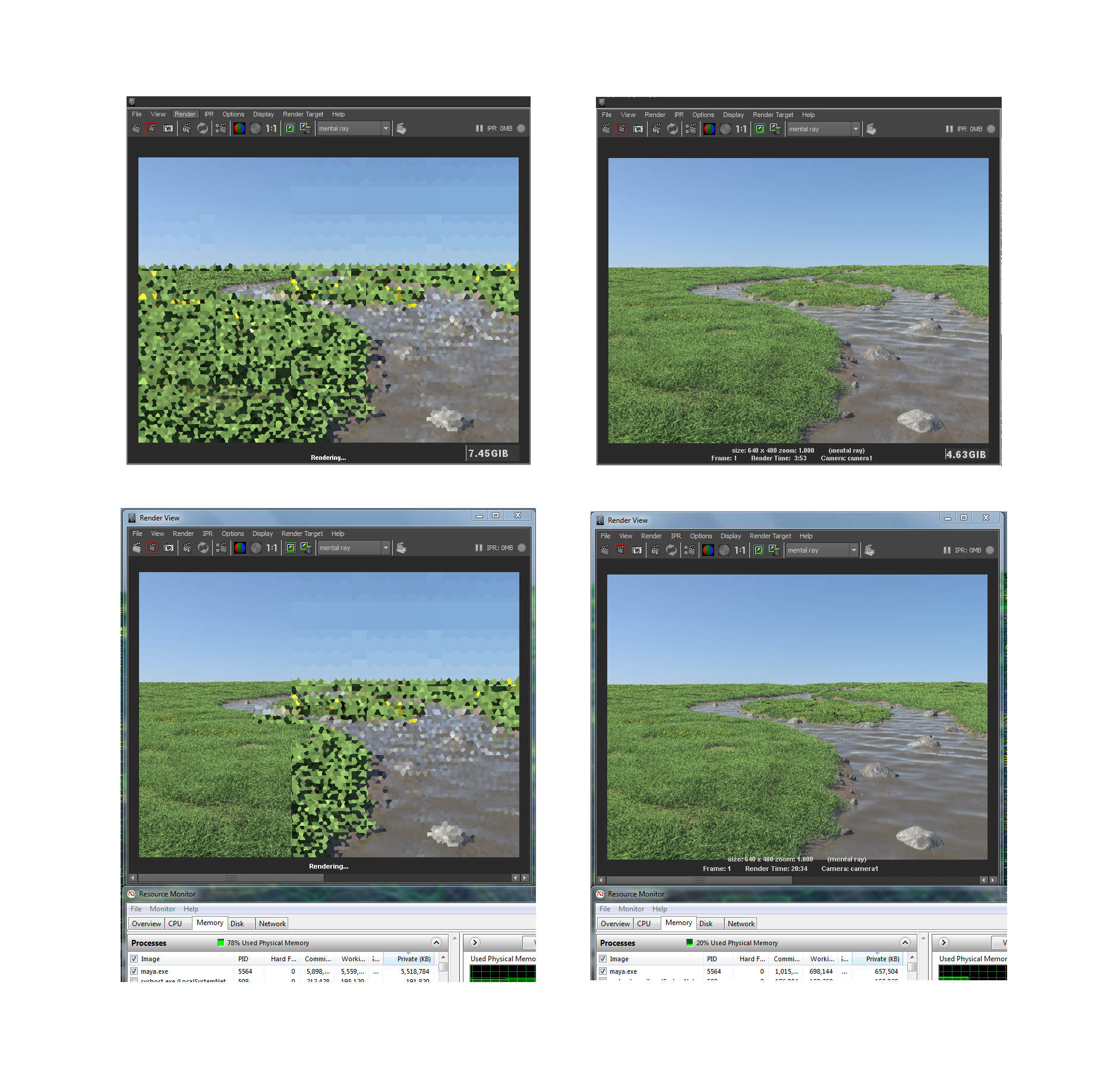 Location: Prague
Posts: 3,228
Linux wont release memory at the end of a render or for anything else. It's not a bug it's the way memory management works under Linux.

Windows releases memory as soon as it's finished with it (in theory) Linux will hold everything in memory in case it's needed again it will release it as and when it's needed by another application. If you want to flush your memory try this

Really though your memory under Linux should be full. Unlike under windows.

Posts: 2,988
Don't use an emulator or virtual machine for rendering! This is a major no-no!
Imagination is more important than knowledge.
Quote
Reply to this thread

Principles of UV mapping in Maya 2020

Modelling a combat knife in Maya 2020