Introduction to Maya - Rendering in Arnold
This course will look at the fundamentals of rendering in Arnold. We'll go through the different light types available, cameras, shaders, Arnold's render settings and finally how to split an image into render passes (AOV's), before we then reassemble it i
Watch
# 1 06-04-2008 , 05:11 AM
View Public Profile Visit mamikapapo's homepage! Find More Posts by mamikapapo

Extracted part of polygon... how to remove from group?

I'm making these rails for a rifle. At first the main portion of the rifle, consisting of the top rail and upper and lower receivers, were all from one polygon that I shaped out of a box. 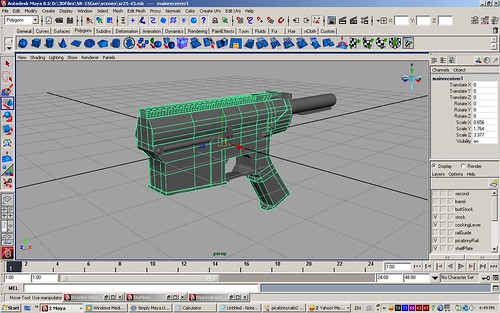 Later I realized that it would be better to separate them. So I extracted the three sections from the polygon, and now the original polygon is in three parts (the top rail, upper receiver, and lower receiver) 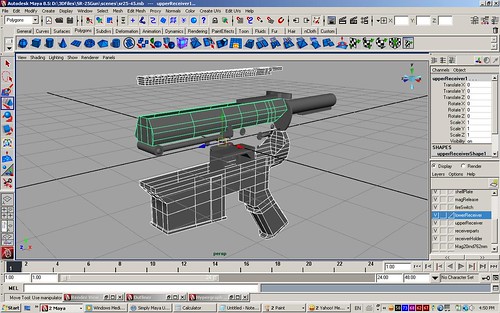 I duplicated the top rail to use for another portion of the gun. The problem is that when I rotate it, it deforms. I searched the FAQ and saw that the solution was to remove the object from a group or parent. After reading this, I checked out the Hypergraph, and sure enough, the top rail, the upper and lower receivers are still grouped to the original polygon from which it was extracted. 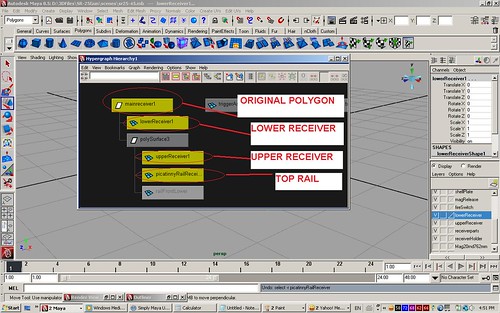 How do I remove this relationship of the rail (and the other 2 parts) from the former polygon?

After doing so, can I delete the old MainReceiver polygon without deleting the 3 parts?

Location: London
Posts: 567
If I get what your after I believe the easiest way to take the parts out of the group would be to open the outliner and middle mouse drag them out of the desired groups.

And as said, deleting history, and perhaps freezing transforms (depending on what you intend to do with the objects) might be a good idea.
Quote
Reply to this thread